During explorations on five continents, Davis has introduced the wired world to some of the planet’s most isolated peoples and to the value of the fragile environments that sustain their existence. He has taken part in more than 80 expeditions since he began exploring in 1974. Early in his career he spent over three years in the Amazon and Andes as a plant explorer, living among fifteen indigenous groups in eight Latin American nations while making some 6,000 botanical collections. Subsequent work took him to Haiti to investigate folk preparations implicated in the creation of zombies.

His Haitian fieldwork earned him a doctorate from Harvard and formed the basis of his first book, The Serpent and the Rainbow, which became a bestseller. Filmmaker Wes Craven drew on this work and the explorer’s story of researching Haitian voodoo to create his zombie film of the same title. More recently Davis has explored in East Africa, Borneo, Nepal, Peru, Polynesia, Tibet, Mali, Benin, Togo, New Guinea, Australia, Colombia, Vanuatu, Mongolia and the high Arctic of Nunuvut and Greenland. Acclaimed conservationist and science broadcaster David Suzuki has called Davis a “a rare combination of scientist, scholar, poet and passionate defender of all of life’s diversity.” A friend has noted, “He’s like watching Richard Leakey and Mick Jagger merge into one.” 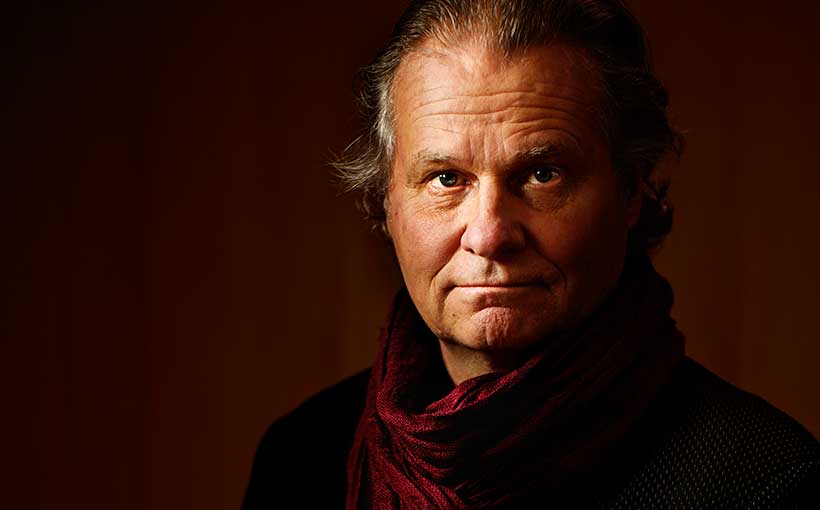 The Wayfinders:
Why Ancient Wisdom Matters in the Modern World

Reservations are required and deadline is April 10

Wade Davis will share stories and discoveries with students while visiting Beloit to accept his award.

Earlier in the day he will present a program specifically geared for studentsts. This presentation is coordinated with area schools and is held at Beloit Memorial High School.

Student Presentation:
One River:
Explorations and Discoveries in the Amazon Rainforest

“The world in which you were born is just one model of reality. Other cultures are not failed attempts at being you; they are unique manifestations of the human spirit.”
~ Wade Davis

Some titles will be on-hand and available for sale at both the award presentation and reception.
Get your copy signed by the author.

In the spirit of Roy Chapman Andrews

The Canadian-born Davis shares the passion of award namesake Roy Chapman Andrews as a storyteller about science and discovery. He has authored 265 scientific and popular articles as well as 20 highly acclaimed books. In 2012 his history of George Mallory’s ascent of Mount Everest, Into the Silence, received the Samuel Johnson Prize, one of the world’s top nonfiction prizes. His books have been published in 19 languages and sold more than a million copies. Davis is an accomplished photographer, filmmaker, and lecturer, as well. A frequent presenter for TED conferences, his research has found its way into everything from episodes of The X-Files to the eight-hour documentary series he wrote and produced for National Geographic, Light at the Edge of the World.

Davis, who joined the anthropology faculty of the University of British Columbia in 2014, works through its Liu Institute for Global Issues to advance awareness of cultures and ecosystems at risk. Previously he served 14 years as an explorer in residence with the National Geographic Society, which has named him one of the explorers for the millennium, and he is a member of the society’s explorers council. His work has earned him widespread recognition, including numerous honorary degrees and, earlier this year, the distinction of the Order of Canada, that nation’s highest civilian honor. Previously he received, among many other awards, the Gold Medal from the Royal Canadian Geographical Society and the Explorers Club Medal, an honor bestowed on Andrews nearly 80 years earlier.